For those who may not know, in addition to being the Author and Chief Optimist at Begin with Yes, I’m also the President and CEO of a nonprofit organization called The Moore Center, which serves people with developmental disabilities as well as the elderly. 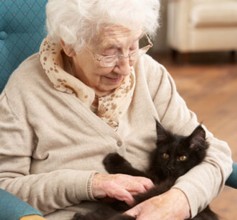 We created a compilation of music inspired by the issues around aging to help bring visibility to our effort, and I thought I’d share one of the songs with you here. It’s called “The Same Mary”, written by Kathy Hussey, and it’s a beautiful tribute to her grandmother.

If you enjoy the song you can hear more like it and get free downloads at The Moore Center’s website for it’s elderly programs, Moore Options for Seniors. Just look for the “Life in the Years” compilation.

The Same Mary – by Kathy Hussey:

I’m over here in the corner
At yet another family affair
It’s strange to be the old relic
Propped in this rocking chair
The kids are all frightened of me
They only come with Mom’s hand at their back
It’s okay, There’s no way
They could know that…

They raise their voices at me
So I’m sure to hear what they say
Usually some pearl of wisdom like
“Are you feeling okay?”
Young men rush to my rescue
When I show signs of wanting to stand
I don’t need it yet, but I accept
Cause they don’t understand