Closets Are for Coats, Not People!

When I was younger I didn’t know what being in the closet meant intellectually, but emotionally I got it loud and clear. I was aware that I was somehow different, and that those differences were more of a problem – not a blessing. 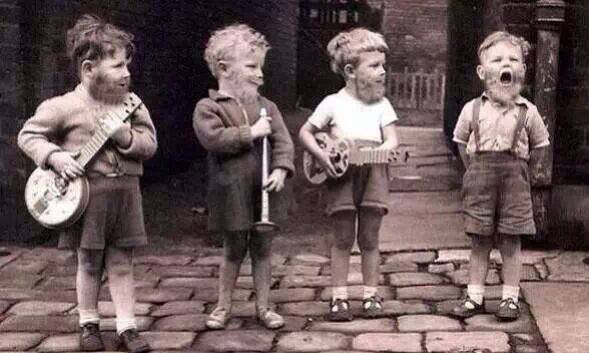 Like most kids, I wanted others to love me and I quickly learned that my best hope for that would come from hiding my differences, not celebrating them. And since it seemed to work I stuck with that approach with family and friends, and later added co-workers, business associates, and just about everyone else who happened into my life.Like many gay kids from my generation I struggled with revealing myself as a complete, authentic person. It seemed easier to lock that important part of who I was in the closet, choosing to be both an outsider and an imposter to the world. I opted for the common sense approach and turned myself into a make believe boy, a make believe teenager and ultimately, a make believe man. I had mistakenly concluded that to be loved I needed to protect others from knowing the real me. Looking back I realize that this decision – made by a confused and frightened little boy – missed the simple but profound truth that to be loved as me, required me to be me.

For a long time I thought “the closet” was invented for gay kids, but I now know that I had plenty of company among the coat hangers.  As it turned out, it wasn’t just me, but just about everyone I knew had hidden part of who they were in an attempt to please others, meet expectations and be accepted and loved.  I wasn’t the only little kid who had sensed that people were less interested in who I was and more excited about who they wanted me to be.  So intuitively and innocently, I stepped inside looking for safety and then slammed the door shut, feeling more scared and alone than ever! 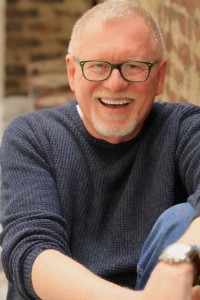 Some chose the closet rather than let others see their sensitive, vulnerable side.  Some chose to play sports when what they really wanted to do was paint pictures.  Many boys toughened up and learned not to cry rather than be called a sissy.  And plenty of little girls chose to be cute, and later sexy, rather than the bold and daring person they really were.

And we all know how many of us were taught that growing up meant abandoning our passions and our dreams to pursue practical, more financially rewarding careers.  I now understand that I wasn’t alone at all. The closet was jammed packed with wonderful, beautiful, gifted kids of all shapes, inclinations and sizes just looking to be loved.

I guess some would think that it was good news that the closet wasn’t so much about sexuality. But for me, the good news was that I found my way out. For me, a crucial turning point was witnessing and identifying with the “coming out” episode on the Ellen DeGeneres Show. She was bold, socially provocative and pretty gutsy, and it got me thinking about my own life. I didn’t suddenly fling open the door and step out into the sunlight; I was a grownup now and things were much more complicated.

I could see that even for Ellen, coming out meant risking a career, losing endorsement deals and a potential shift in public perception that would very likely “teach her a lesson” about being real. And from where I stood, the lesson probably wasn’t going to be very nice, and that, more than anything, made me hesitate about leaving the coats behind.

But as I waited and watched Ellen I saw the power of authenticity. Sure it was messy, unpredictable, and probably pretty painful too, but it was done with such grace, dignity and self-respect that I began to feel bolder myself.  In my case, I knew leaving the closet would be a challenge, not just for me but for everyone who thought they knew the real me. Coming out would mean telling the truth to my loving wife, my children, friends, co-workers, and, as the CEO of a large nonprofit, my board of directors. Terrifying risks were involved.

I knew from watching Ellen’s coming-out life unfold that there would be consequences, but there were also many rewards. I discovered that the real me was not only loving and loveable, but also more alive, more creative and more engaging and fun to be around. And I saw clearly that when it came to living a passionate and purposeful life, the real me had some serious lost time to make up for.

So I took the handle, turned it slowly, pushed the creaking door open and stepped out into the light. And if you haven’t already realize the moral of the story, consider this your official new year’s invitation.  If you’re recognizing that you’ve hidden some part of yourself in the closet, here are a few things I’ve learned that might help.

Now, through the wonders of social media and my “Begin with Yes” book and Facebook page so many wonderful people have come into my life.  And although I may never meet them face-to-face, they’ve been open, willing and brave enough to meet me heart-to-heart. They continue to share personal stories of their own challenges and breakthroughs and how they’ve decided to come out of their own closets and bravely reclaim what was their birthright – authenticity!

In the end, we each get to decide for ourselves the right time to come out.  But I believe if you can see the light under the door and your hand is on the handle, now might just be your moment.

P.S.  A special thank you goes out to Tim Cook, Apple’s CEO. Thank you for publicly placing your brick on the sunlit path toward justice. Your story will inspire many more bricks to get placed along the path by all who accept your invitation to live a truthful, open and authentic life. This is my brick.

P.S.S. Here’s some of Ellen’s take on her struggle and what it led to: Ellen Celebrates 20 Years After

About the author: Paul Boynton is the President & CEO of The Moore Center. He’s also a columnist for the NH Business Review and host of a radio show on Empower Radio. He is the Chief Optimist and author of “Begin with Yes”. His books and his Facebook community, which will soon surpass 1 million followers, have proven to be a source of inspiration for those who are taking steps toward a more meaningful life. You can read more at www.beginwithyes.com or on Facebook at www.Facebook.com/beginwithyes.