Is There A Heaven? What We Can Learn From Dragonflies

This is a story that’s been shared before, but it’s certainly worth sharing again. It’s wonderful story for anyone grieving the loss of a loved one, but it also makes us think and consider that there truly is a new life after death.

I hope this brings comfort to those dealing with loss, and a bit of hope to those who have doubt. If you know anyone who could use a bit of encouragement, please pass this on.

The Story of the Dragonfly

~ This story is an old fable, retold by many, with the most notable version published in book form by Doris Stickney. The book can be found here on Amazon if you want a hardcopy. 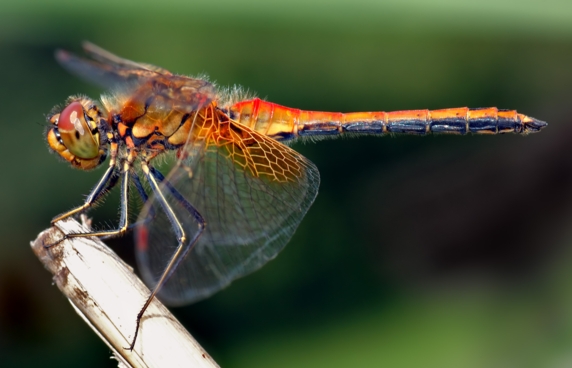 Down below the surface of a quiet pond lived a little colony of water bugs. They were a happy colony, living far away from the sun.

For many months they were very busy, scurrying over the soft mud on the bottom of the pond. They noticed that every once in a while one of their colony seemed to lose interest in going about its business with its friends. Clinging to the stem of a pond lily, it gradually climbed out of sight and was never seen again.

“Look!” said one of the water bugs to another. “One of our colony is climbing up the lily stalk. Where do you suppose she is going?” Up, up, up it went slowly. Even as they watched, the water bug disappeared from sight. Its friends waited and waited but it didn’t return. “That’s funny!” said one water bug to another. “Wasn’t she happy here?” asked a second water bug. “Where do you suppose she went?” wondered a third. No one had an answer. They were greatly puzzled.

Finally one of the water bugs, a leader in the colony, gathered them all together. “I have an idea”, he said. “The next one of us who climbs up the lily stalk must promise to come back and tell us where he or she went and why.” “We promise,” they said solemnly.

One spring day, not long after, the very water bug who had suggested the plan found himself climbing up the lily stalk. Up, up, up he went. Before he knew what was happening, he had broken through the surface of the water, and fallen onto the broad, green lily pad above.

He was so tired, and the sun felt so warm, that he decided to take a nap. As he slept, his body changed and when he awoke, he had turned into a beautiful blue-tailed dragonfly with broad wings and a slender body designed for flying.

He couldn’t believe the startling change he saw in his body. His movement revealed four silver wings and a long tail. Even as he struggled, he felt an impulse to move his wings. The warmth of the sun soon dried the moisture from the new body. He moved his wings again and suddenly found himself up above the water. He had become a dragonfly.

Swooping and dipping in great curves, he flew through the air. He felt exhilarated in his new environment. By and by, the new dragonfly lighted happily on a lily pad to rest. Then it was that he chanced to look below to the bottom of the pond. Why, he was right above his old friends, the water bugs! There they were, scurrying about, just as he had been doing some time before. Then the dragonfly remembered the promise: “The next one of us who climbs up the lily stalk will come back and tell where he or she went and why.”

Without thinking, the dragonfly darted down. Suddenly he hit the surface of the water and bounced away. Now that he was a dragonfly, he could no longer go into the water. “I can’t return!” he said in dismay. “At least I tried, but I can’t keep my promise. Even if I could go back, not one of the water bugs would know me in my new body. I guess I’ll just have to wait until they become dragonflies too. Then they’ll understand what happened to me, where I went, and this wonderful new life I’ve been given.” And the dragonfly winged off happily into its wonderful new world of sun and air.

And that’s the story of the dragonfly. So, I’ll ask again… is there a Heaven?