“A Colored Man in Exeter”

This is one of the best short stories I’ve read in a long time! It’s by Michael Cameron Ward, a new author from New Hampshire who’s documenting many of his family’s stories as shared by his parents. This is a preview of his book, which is Volume 1 in a four-part series called “Sketches of Lee” and it’s expected to be published by this summer. (UPDATE: It’s on Amazon here!)

A “Colored Man in Exeter” is a wonderful story about his father, a kind-hearted man and a true everyday hero. I’m sure you’ll be as moved by this as I was. To follow his book like his new Facebook page at https://www.facebook.com/SketchesOfLee

A “Colored Man” in Exeter 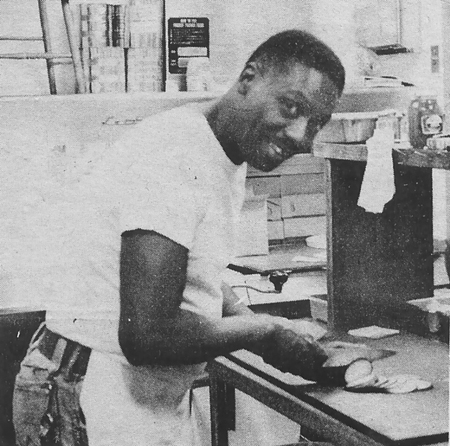 The Greatest Generation is exiting, its race run, and won. The twin terrors of the Depression and WW2 fostered in them the belief that we are all in this together. Many came from nothing. From that standpoint, they understood that fate is the master, life is beyond human control. The current trends of; “Beating the poor” and “Demonizing the hungry” are foreign to them.

Contrast this with the succeeding generation. We are oblivious, the concepts of a “hungry nation” or of a “national fear” are mere literary abstractions.

It always puzzled me why my father, Harold Ward, stayed in the Navy. About 20 years ago I asked him.

“Dad, why did you stay in after they discriminated against you?”
“They fed me Michael. I was an orphan in the Depression. After Grandfather Ward died no one fed me. Hell, no one wanted me. I was hungry. The Navy fed me three meals a day. Nobody else did.”

Which takes me back to the mid-sixties in Exeter, N.H.

The hobo was in his forties. His hair was shaggy, brown, but mostly gray. The long coat he wore had been nice, once. But not anymore. It had surrendered to its owner’s reality, unkempt, tired, and raggedy on the edges. He showed up at the back door of “Harold’s Place-Downtown” late one fall morning. 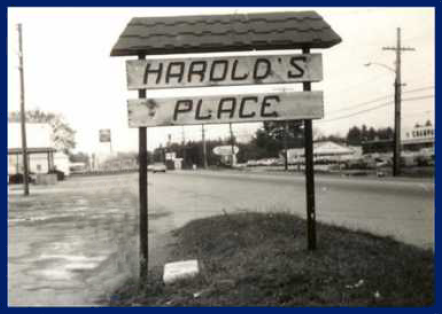 “Sir I don’t have any money. Could I please have some food?”
“Sure. Why don’t you wash up in the restroom first? There’s a razor and shaving cream if you need a shave…”

Sidebar: I found this odd, because Dad always shaved at home.

The hobo came out of the restroom, reveling as he wiped on the after shave. He looked much better and smiled, “Thank you, Sir. Nothing like a shave to set you right.”
“I know what you mean. Would you like some coffee?” Dad was smiling as he said this.
“Yes Sir. If you don’t mind, could I have it with cream and 2 sugars please, Sir?
“Michael, get the gentleman some coffee. Bring a setup and a glass of water with you when you come back.”

I was surprised to hear Dad refer to him as a “gentleman”. I mean, he was a hobo.

Dad rolled a small cask of flour over to the prep bench. “Have a seat.” Then he fed him some hot stew, rolls, pie and coffee. “Did you get enough to eat? Would you like another cup of coffee?”
“No Sir, thank you I’m fine.” He was unstintingly polite.
“Where are you headed?”
“Lawrence, Sir. I’m looking for work.”
“What do you do?”
“I had fifteen years in as a laster, but my factory closed last spring. There’s no work up in Bangor. I don’t like being out of work. I won’t take ‘the dole’. I hate ‘the dole.’”
“I don’t like ‘the dole’ either, it’s no way to live. It ruins a man and takes his honor.”
The hobo brightened upon hearing this affirmation of his belief.

Sidebar: “The dole” was slang for welfare. For men who had experienced the Depression and were able to work, there was nothing more humiliating than relying on “government assistance” to get by. 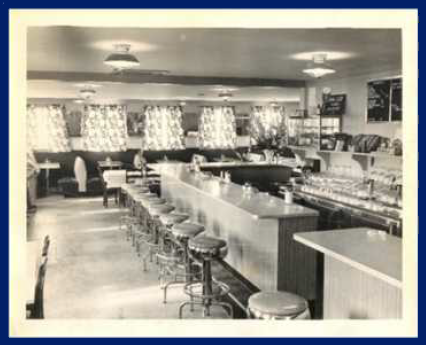 “Do you have a family?”
“We ran out of money. My wife and kids are living with my brother. My sister in Lawrence says there’s work there. I won’t be doing my trade but I can send money home.”
“How did you end up at my place?”
“Sir I heard up the line in Bangor that there was a “Colored Man” in Exeter who would feed you if you were short. So when the freight slowed down I hopped off. I asked for directions at the station and they sent me down here.”
“Did you serve?”
“Yes Sir, in the Army during WW2 in Europe.”
“How’s your coat, do you need shoes?” Dad asked.
“They’re fine Sir, thanks for asking.”

Sidebar: If they were poorly clothed or shod he’d send them down to George and Phillips. The owner, Mr. Goodman would then provide them with clothes and shoes.

“Here’s $5. Sorry I can’t give you more.”
“No Sir, this is just fine. I can get dinner and breakfast with this. Thank you, and God Bless you.” 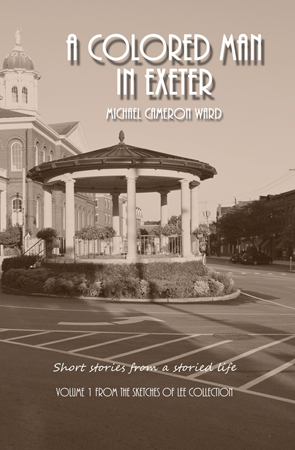 I stared at him as he went out the backdoor and down the steps into the parking lot. Dad’s voice was sharp. “Michael, don’t stare at him! He’s a veteran down on his luck. He has served his country and must be treated with respect. But don’t say anything about this out front. Some of the customers might get upset.”

The hobo took a left around the end of the building and disappeared. Looking out over the Exeter River dad spoke. “Michael, we’ve got our problems, but this is the best country in the world. The Soviets don’t care about their people. They let them starve. We’re better than that. We fought and won a war to prove that we are better than that. A government has no excuse for not feeding their people when they’re down. I was hungry as a child. I will not let anyone, especially a veteran, go hungry.”

Then Dad sat down on the flour cask, shook his head and laughed sadly. “They know about me all the way up in Bangor.”

Postscript: Virginia, my mother, kept an extra shaving kit and soap in the restroom for the hoboes.

Special thanks to Michael Ward for letting me share his story. You can get the full book on Amazon here.